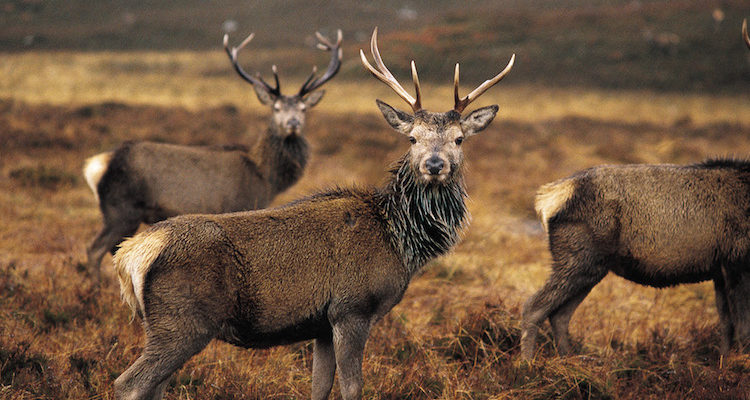 You will roam the rails to the glorious Scottish Highlands and take a “Great Railway Journey of the World” on this rail tour. Relax as magnificent vistas glide past your window and the sensational views unfold on this Grand Tour of Scotland.

Tour Highlights:
A rail holiday taken at your own pace
Stunning cities of Edinburgh and Glasgow
Spectacular Highland scenery
Steam Train Tour
The famous railway line to Mallaig our the Glenfinnan Viaduct
Sea crossing to Isle of Skye
Inverness the Capital of the Highlands

Day 1:
Arrive into Edinburgh by rail or on a flight into the city’s Airport.

Your hotel for the next two nights will be located in the Haymarket area of Edinburgh which is situated close to Edinburgh Castle and the famous Princess Street shopping location.

Explore Edinburgh the capital of Scotland!

You could either take a city sightseeing bus tour or purchase a Royal Edinburgh Ticket which is valid for 48 hours and gives you access to various attractions for your time in Edinburgh.

Scotland’s cosmopolitan capital city borders with miles of lush countryside and the attractive coastline of the Lothians, which offer visitors a captivating blend of rich history, natural beauty and adventure.

We are not lying when we say that the region bursts with historical attractions. From the striking clifftop fortification of Tantallon Castle in North Berwick and the imposing Blackness Castle near Linlithgow to the magnificent Palladian style mansion of Arniston House in Gorebridge and Gladstone’s Land at the top of Edinburgh’s Royal Mile – be prepared to be swamped for choices! Edinburgh itself is steeped in history. From its world-famous castle, perched atop a volcanic rock, to its palace, HM The Queen’s official residence in Scotland, and from the Georgian House to the National Museum of Scotland and every brick and cobbled alley in between – the city is a historical jewel. 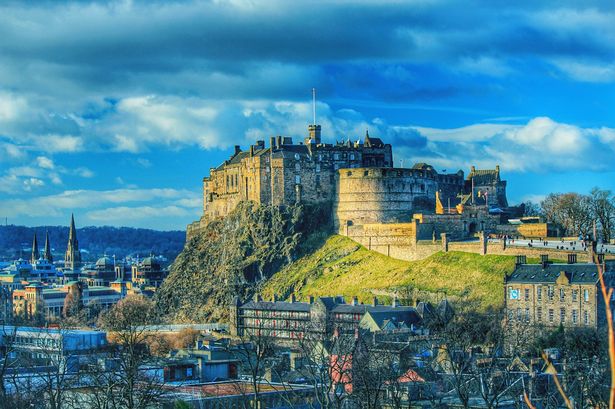 Explore the City of Glasgow, once the second city of the British Empire!

Take the train at your own pace from Haymarket to Glasgow Queen Street, these trains run every 15 mins and the journey takes around 45 mins.

In Glasgow Queen Street railway station there are left luggage facilities for you to leave your suitcases and luggage while you explore this great city.

Glasgow is one of the most exciting cities you’ll ever come across. Scotland’s largest city is a lively, bustling place, distinctive and full of character, where you are bound to get a very warm welcome indeed. 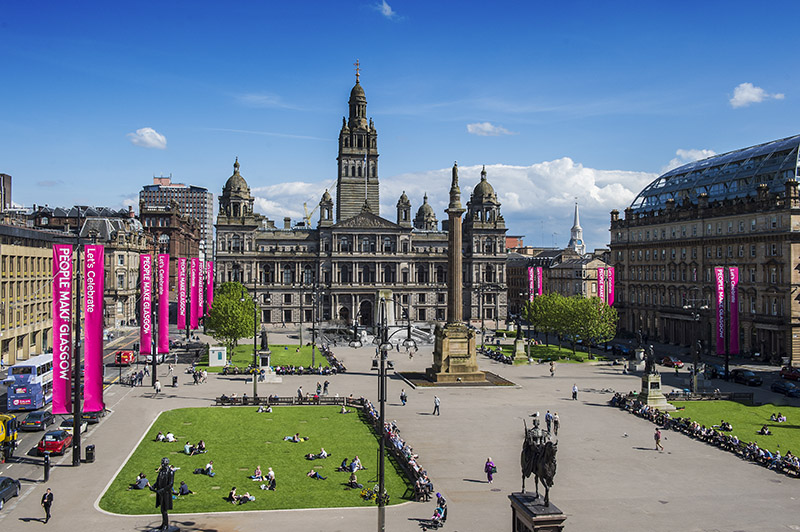 Once you have had your retail therapy in one of Glasgow’s many excellent shopping venues or taken an early lunch you can then began your adventure by rail.

Your train will departure from Glasgow Queen Street and take you to Corpach in the Scottish Highlands.

The Beautiful Scottish Highlands from the window of your train!

After breakfast you can leave Corpach by train to Fort William.

In Fort William railway station there are left luggage facilities for you to leave your suitcases and luggage while you explore this great highland town.

Fort William, the largest town in the Highlands and situated at the southern end of the Great Glen, lies in the shadow of Ben Nevis, Britains highest mountain. This area is a fine location to use as a base to discover the West Highlands.

After lunch you can take your train to Mallaig. You will cross the 21-arched Glenfinnan viaduct (a location made famous in the Harry Potter films) which overlooks Loch Shiel and the Jacobite monument. A short while later you will reach the little fishing port of Mallaig. 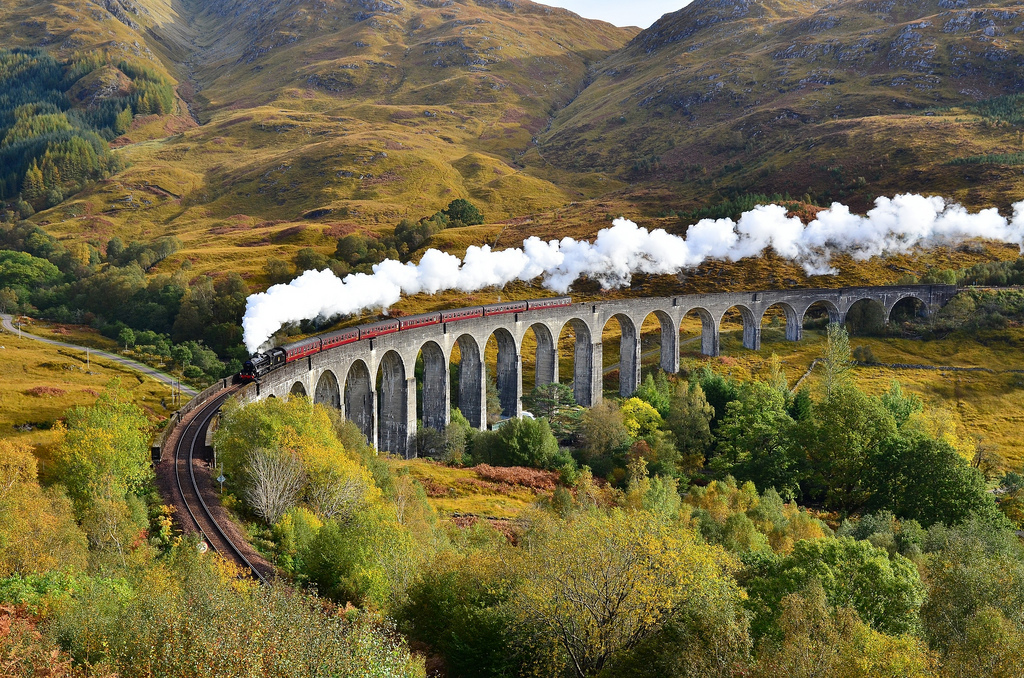 Over the sea to Skye!

Today you will journey by Sea on the short crossing to Armadale on the Isle of Skye.

From Armadale you will take a road transfer by coach across the island passing through the town of Broadfoot and back onto the mainland to Kyle of Lochalsh. 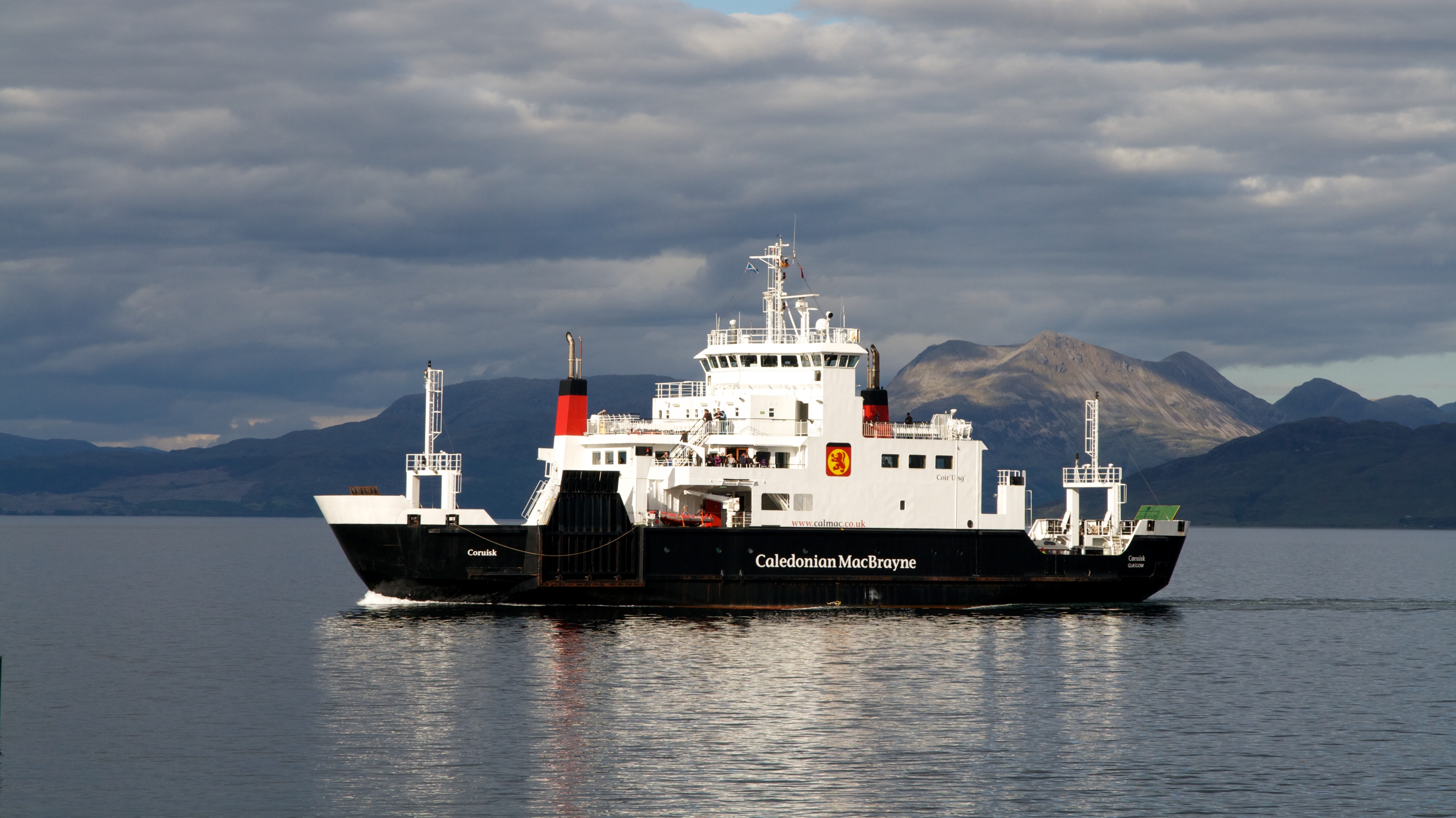 From Kyle of Lochalsh you will travel on the scenic railway line to the capital of the Highlands, Inverness.

Royal Highland, Inverness
A classic Scottish ‘station hotel’, the Royal Highland, offers guests the charm and elegance of a distinguished past, combined with modern splendour. The bedrooms have been tastefully contemporised whilst retaining their unmistakably traditional feel, including satellite television and even a choice of pillows.

Explore Inverness, The capital of the Scottish Highlands!

Inverness sits in the south of the Highlands, on the banks of the River Ness.

Crowned by a pink crenellated castle and lavishly decorated with flowers, Inverness is a thriving city with a rich variety of places to visit and things to do both in the city and around. The city boasts a number of historic buildings in the Old Town that can be appreciated while browsing city shops. There is a great selection of places to eat and drink too with peaceful areas close to the city centre for relaxing and a great variety of places to stay. The city itself is small, compact and easy to get around.

Perched picturesquely above the river, Inverness Castle looms above the Gothic Town House in the High Street and dominates the horizon. The original castle formed the core of the ancient town, which has rapidly developed as a port trading with Europe in the 6th century. The Jacobites blew up the castle to prevent it falling into government hands.

Below the castle, the Inverness Museum and Art Gallery on Castle Wynd gives a good general overview of the development of the Highlands while medieval Church Street is home to the town’s oldest-surviving buildings. On the corner with Bridge Street stands the Steeple, whose spire has to be straightened after an earth tremor in 1816.

Further down Church Street is Abertarff House, reputedly the oldest complete building in Inverness and distinguished by its stepped gables and circular stair tower. It was erected in 1593 and is now owned by the National Trust for Scotland.

This thriving city offers a rich variety of things to do and see from shopping and culture to eating and drinking. There are many lovely riverside restaurants and bustling pavement cafes as well as a wide range of specialist retailers in the historic Old Town and Victorian Market while a great variety of popular High street names can be found at the Eastgate Centre.

Visitors can enjoy the fine circular walk from Inverness Castle, currently used as a courthouse, along the river past St Andrew’s Cathedral, which dominates the River Ness, and through the Ness Islands where you will find anglers casting long lines to leaping Atlantic salmon.

There is also many attractions around the city – re-live one of Scotland’s most famous battles at Culloden Battlefield, see a school of dolphins in the nearby Moray Firth or cruise down the Caledonian Canal to the world-famous Loch Ness. 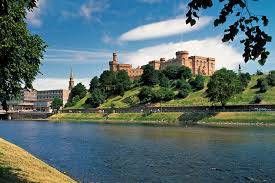 You can take the train at your own pace back to Edinburgh or Glasgow from Inverness and end your Grand Tour of Scotland.

Whats included?
6 nights accommodation as listed above.
Rail travel & seat reservations where possible on a Off Peak Flexible basis. (Standard Class)
Rail pass is valid after 0915 and is valid for four flexible days of travel.
PDF Guide for your journey with useful hints and tips.

Price from with flights; $TBCpp

Price without flight from; $TBCpp